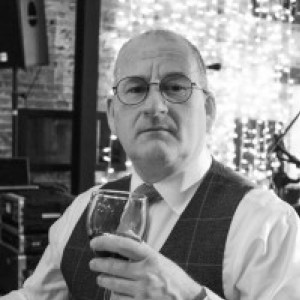 Chris Giles writes for numerous online publications, having studied at The University College of North Wales, Bangor. He is a regular visitor to The Lake District and enjoys camping, hiking and watersports.

What Lurks in Ullswater? A man is urging people to stay out of Ullswater after seeing three geese ‘dragged’ to their death and it has been suggested it could be a ‘crocodile or a catfish’.

People who visit the tranquil waters of Ullswater are being warned to stay out of the water by a man after he saw three geese ‘dragged’ underwater by something, never to be seen again.

The man who works on the lake is urging people to stay out of the water with children and their dogs in case something terrible happens.

The 61-year-old, Wayne Owens, has been pleading with people on social media to stay away from the water admitting he has even been too frightened to enter the water. However, a ranger for the Lake District National Park Authority said that they had not seen anything untoward after investigating.

He said: “I was on the Steamer and this grey lag goose was taken from the top of the lake and dragged backwards and it was not to be seen again. We kept watching and it didn’t come back up.

“It was full size maybe 10 to 12 pounds it was flapping furiously and it couldn’t get away from whatever had it. The next day I saw two smaller ones get dragged underwater and my skipper witnessed this as well.”

Wayne explained when he had first told his skipper he had not heard of anything like that happening on Ullswater near Howtown but admitted he didn’t disbelieve him.

Wayne said: “I was talking to the skipper when another two small grey lags maybe 5lbs each and they could not fly properly were dragged under. They had separated from the flock and ran across the water.

“The first one was taken down immediately, My skipper who has 36 years of experience was with me and said he had never seen any goings-on like it. Within 15 seconds the second one had been taken.”

“It has shaken me up and I don’t want anyone to get injured,” he added.

“It traumatised me. I want people to stay out of the water with their children and small dogs and I would like the Lake District National Park Authority to put some signs up warning people that there is something in the water.”

Dr Roger Sweeting, a fish expert at Freshwater Biological Association, said: “It could be a pike or it could be a goose that has got badly tangled up with wire or similar and has collected lots of other material and become exhausted and is failing to maintain its stability in the water.

“I have seen incidents like this with ducks entangled in fishing line.”

Wildlife expert Kevin O’Hara believes an otter could be the culprit.

“My immediate thought was an otter and I would stand by that as I’ve seen them take mute swans,” he said.

“A dog otter is a big animal about 25lbs in weight and they feed on waterfowl.”

The Lake District National Park Authority said it would “keep an eye on the area”. The Pooley Bridge Webcam is a great starting point for anyone who wants to keep a lookout.

A spokesman said: “We are aware of the alleged incidents involving geese on Ullswater. Our Lake Ranger team patrolled the area over the weekend and did not see anything out of the ordinary.”

Chris Giles writes for numerous online publications, having studied at The University College of North Wales, Bangor. He is a regular visitor to The Lake District and enjoys camping, hiking and watersports.

Fix the Fells programme to begin in the Lake District

Through the Fix The Fells partnership, work is underway to repair remote paths in the Lake District by a team of skilled multi-agency rangers and